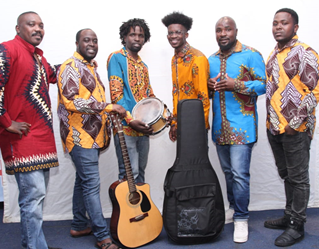 Darlington Tanganyika is a gifted Zimbabwean artist based in Johannesburg (South Africa). His music is centred on Zimbabwean tradional instruments like, mbira, hosho, marimba and ngoma. He has beautifully managed to blend the traditional instruments with modern instruments.  He has three albums to his credit namely, Rwendo, Mhaiyo and Nhiyo. He also has three singles to his credit which one of them is a tribute to the late great Dr Oliver Mtukudzi and is called Matitorera. His musical role models are the late Dr Oliver Mtukudzi, Dr Thomas Mapfumo, Zex Manatsa, Aleck Macheso and Victor Kunonga. Darlington is currently in the studio working on his fouth album.

Darlington has shared the stage with, Jah Prayzah, Dr Oliver Mtukudzi, Alick Macheso, Winky D, Soul Brothers, Joe Nina, Born Africa, Freddy Gwala, Andy Muridzo and many others. Darlington is very keen to collaborate with other artists both in Zimbabwe and the world over. He has already collaborated with Zenzo Bhekimpilo, Gonyeti (former backing vocalist for Jah Prayzah) Florence Moshatana and Nomathemba.

Darlington grew up listening to music by the late Dr Oliver Mtukudzi whom was his greatest role model and inspiration. Darlington travelled to Zimbabwe in April 2018 to visit Dr Mtukudzi at his Pakare Paye Arts Centre, a very special visit he cherishes greatly.

For this young talented Zimbabwean artist, the sky truly is the limit.