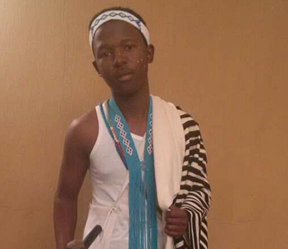 Buntu Mbalo was born at the small town called Alice in the Eastern Cape. As a musician he like singing African traditional songs and a visionary poet who composes his own poems since 2013. His first time being on stage performing in front of a crowd , it was during his high schools days at Nzululwazi High school on activities organized on heritage day every September and attracted few people from local radio station.